The State promotes the participation of private investment through Public-Private Partnerships (PPP) and Asset-Based Projects. .

The PPPs are a modality of private investment participation, in which experience, knowledge, equipment and technology are incorporated, and risks and resources are distributed, preferably private, for the purpose of creating, developing, improving, operating or maintaining public infrastructure and/or providing public services under the contractual mechanisms allowed by the current legal framework.

a) Disposition of assets, which includes the total or partial transfer, including through the exchange of real estate.
b) Contracts of assignment in use, lease, usufruct, surface or other modalities allowed by law.

Legislative Decree N°1362, which approves the promotion of private investment through Public-Private Partnerships and Projects in Assets, and its Regulations approved by Supreme Decree N° 240-2018-EF, indicate that those projects that meet any of the following criteria are assigned to PROINVERSION, in its capacity as a private investment promotion body (OPIP) of the National Government:

They can be self-financed or co-financed.

Phases of a Public Private Partnerships

PPPs are developed in five phases: 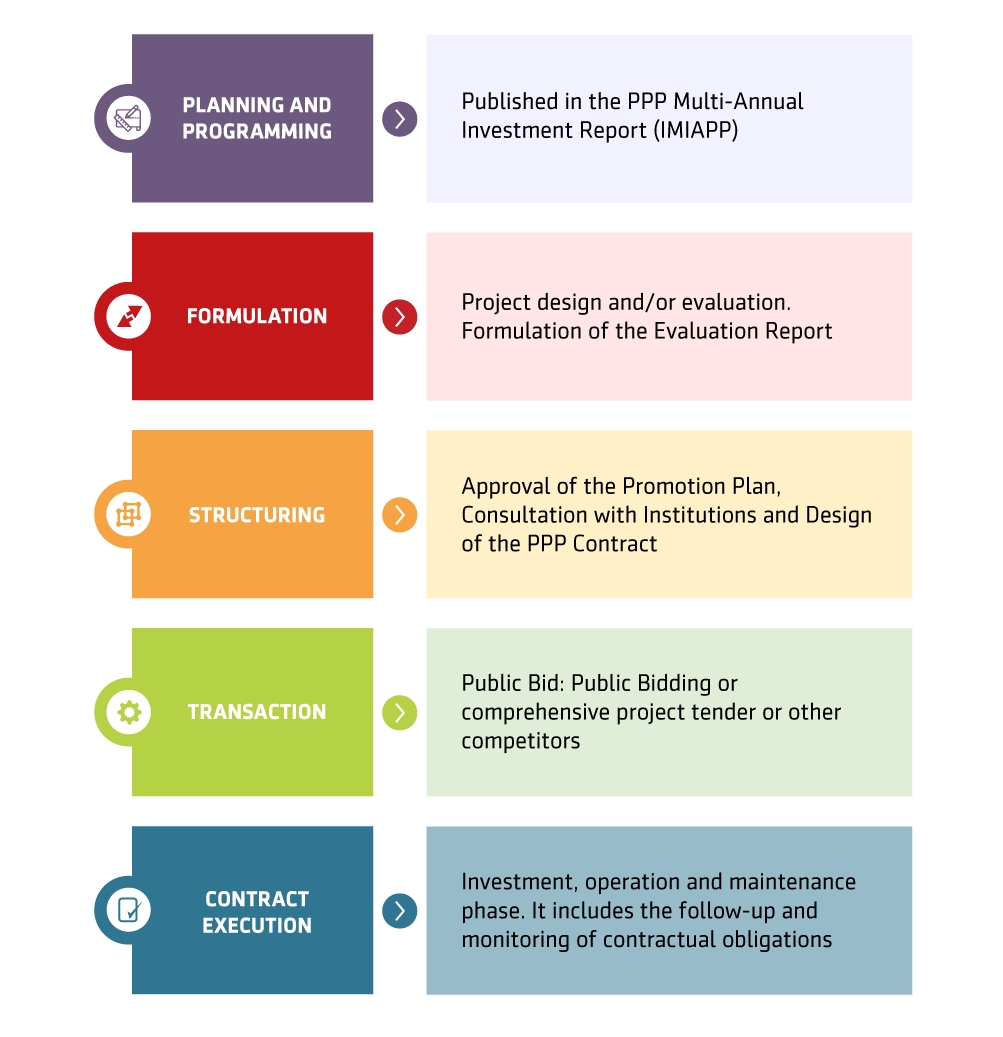