NEWS
TENDER FOR ESSALUD HOSPITALS OF PIURA AND CHIMBOTE ATTRACTS COMPANIES FROM EUROPE, AMERICA, AND ASIA

Lima, September 01, 2021.- The Private Investment Promotion Agency (PROINVERSIÓN) has evaluated the impact of Public-Private Partnerships (PPP) in the energy sector on the economic development of the country.

Investments in PPP, made by concessionaires in electric transmission lines, have exceeded $ 3,600 million between 2001 and 2020. In particular, the constant increase stands out in investments associated with the awarding of projects carried out since 2008. In fact, 27 electricity transmission projects have been awarded since 2008 that have made it possible to interconnect the electricity grid throughout the country and 16 of these projects are in the operational stage.

These investments served as a great support to the growth of the Peruvian economy, as they have allowed to supply reliable and continuous electrical energy, promoting the development of productive, commercial, industrial and service activities at the national level, benefiting millions of Peruvians. 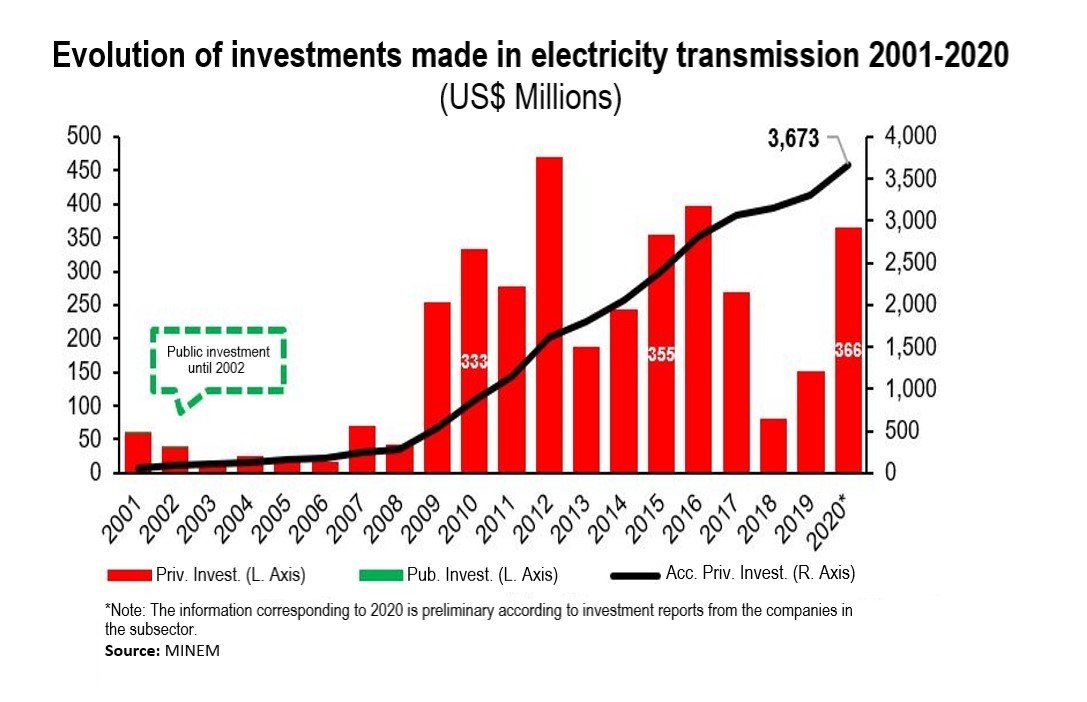 What has been the role of PPPs in these awards?

Since the creation of the electrical transmission planning system in 2006, PROINVERSIÓN has been commissioned to award projects. These awards have been carried out successfully as they generated more and more competition and attracted new international investors. For example, from 2015 to date, we have had 5 bidders on average per project in transmission line tenders. In addition, the securities offered by the winning bidders were very competitive and generated significant savings for the country. Thus, on average, in the last 10 tenders, the winning bid was below the maximum value established by the government by more than 40%. 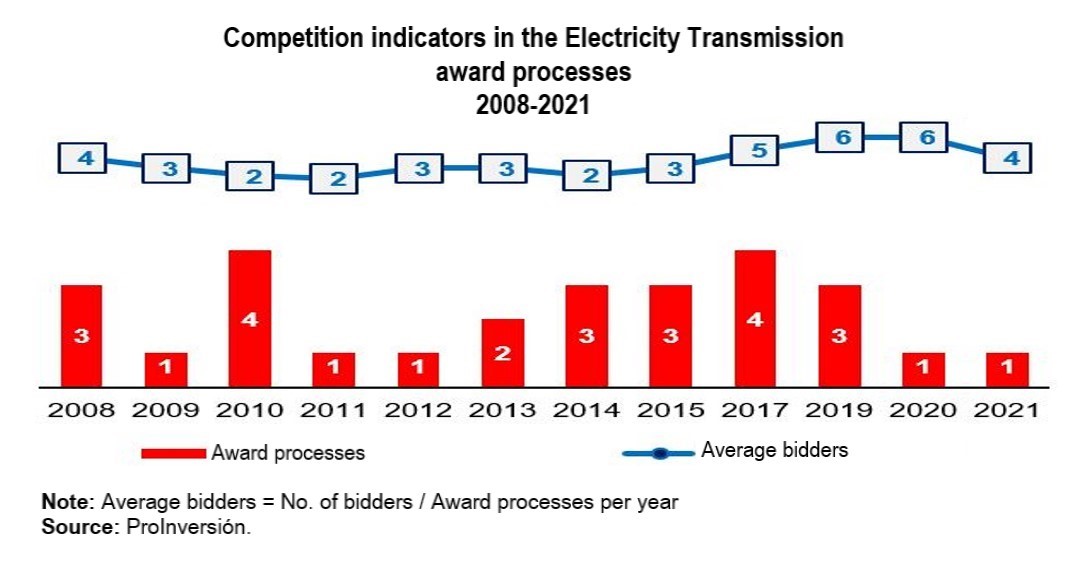 Additionally, investments in electricity transmission through PPPs have advantages based on an adequate risk allocation. For example, the investor assumes most risks such as final technical studies, financing, easements, permits and licenses, environmental certifications, among others. Likewise, they are remunerated only when the infrastructure enters into commercial operation for a period of 30 years.

What has been its impact? 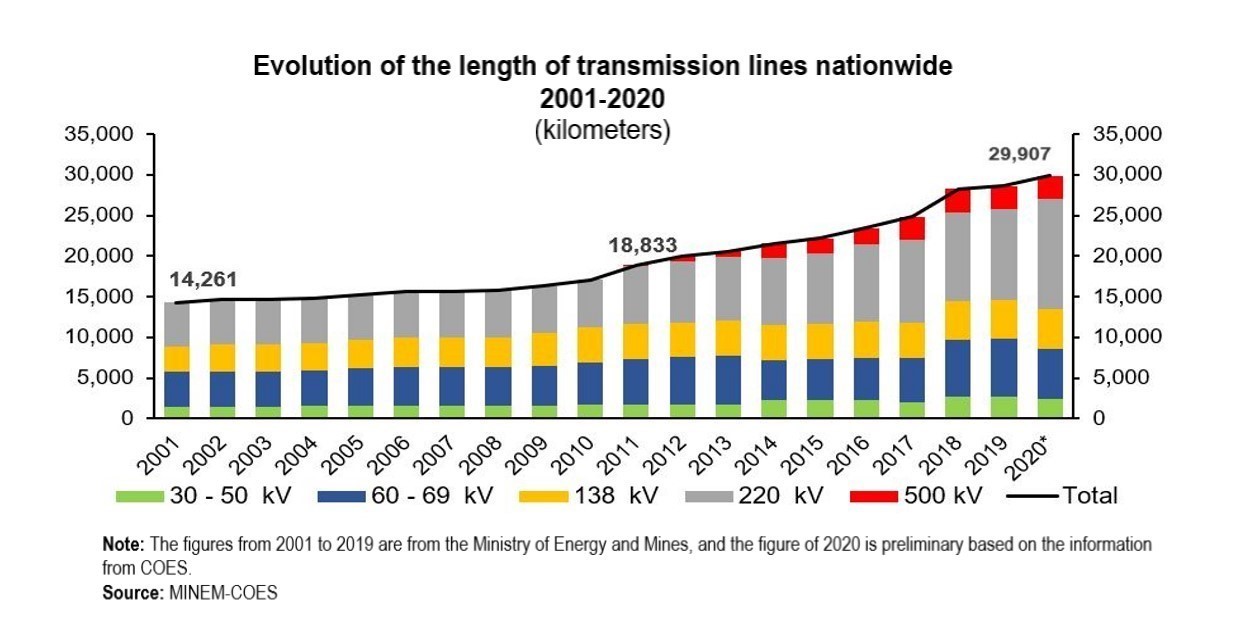 Second, transmission lines have managed to generate direct and indirect jobs within the energy sector chain and for other economic sectors. For example, only in 2019, transmission lines created 1,000 jobs. Not only more employment was created, but this employment was more productive. For example, according to the Ministry of Energy and Mines, the number of km per worker was 34 in 2009, and currently, this indicator is 53.67 km, an increase of more than 50% in productivity. 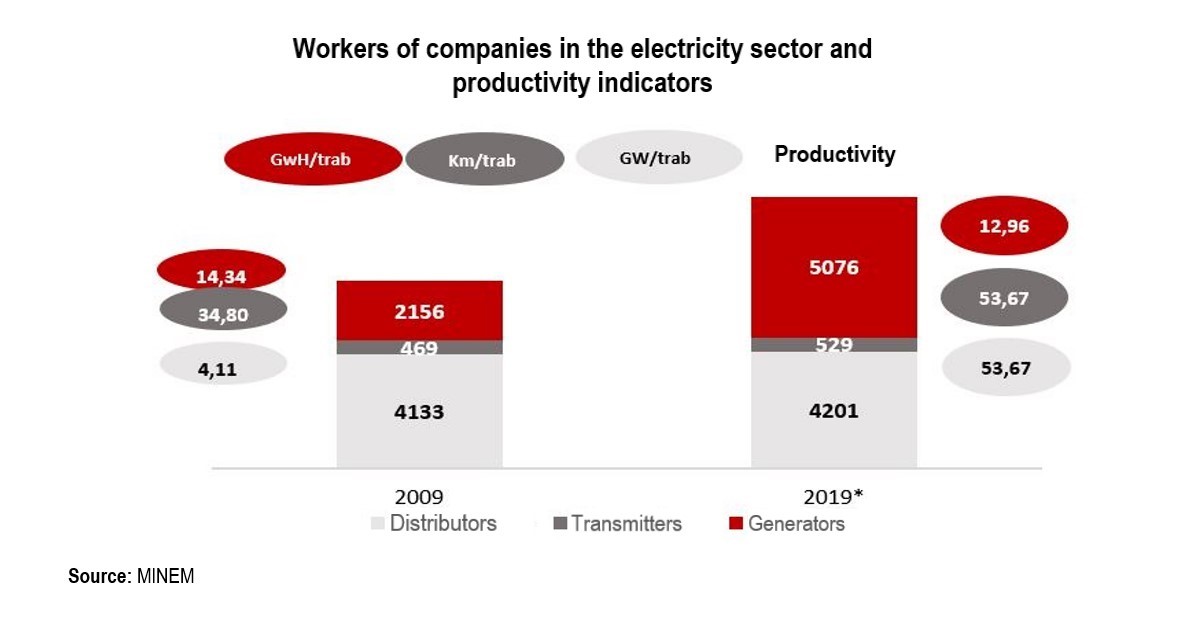 Third, transmission lines have been a necessary condition for companies to expand their operations and for families to have the electricity supply without significant cuts from Backbone Network. In fact, these investments made it possible to sustain an expansion of the service from 4.6 million regulated clients in 2008 to more than 7.5 million in 2019. In addition, the electrical needs of industrial customers continued to be met, an important factor for the country's economic growth.

On balance, the transmission line awarding processes allowed increasing reliability in the national interconnected system by reducing cuts and failures in the event of exits from plants or other network elements, improving system efficiency by reducing price differences between areas of the country when moving energy from the most expensive to the cheapest areas, and allowing the development of businesses and families around the country.

For more information about our portfolio of projects, visit our promotional website: http://www.investinperu.com.pe/es/app/cartera-de-proyectos-de-proinversion.